Very few men like to get in front of a camera which I think is a waste, as many are very photogenic and there are many great ways to photograph them.  For me, Joe had the James Dean look and so I wanted to photograph him. The photos were made all in natural light under a wodden bridge to get some shadows into the photos to give them a special touch. For me a success, I think he looks great! It’s a mens world…. as James Brown used to sing.

PS: I want to add here, that during the shooting he lit 2 cigarettes only and just for the photo 😉 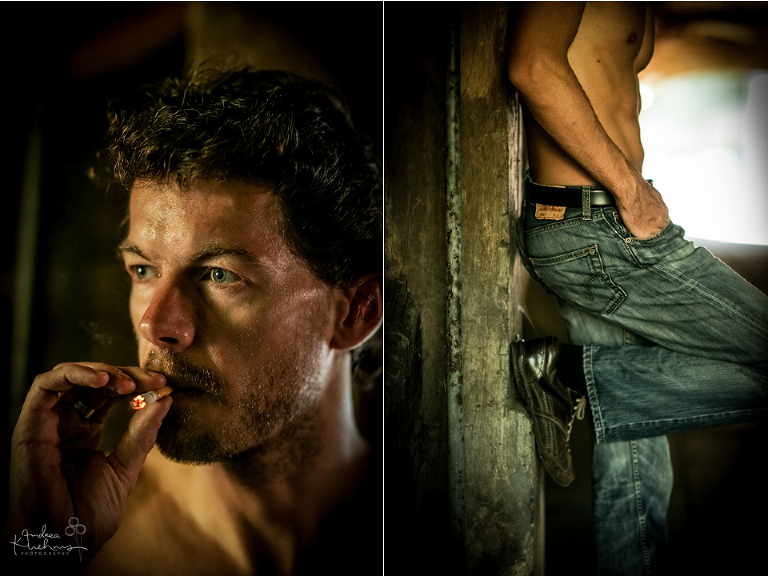 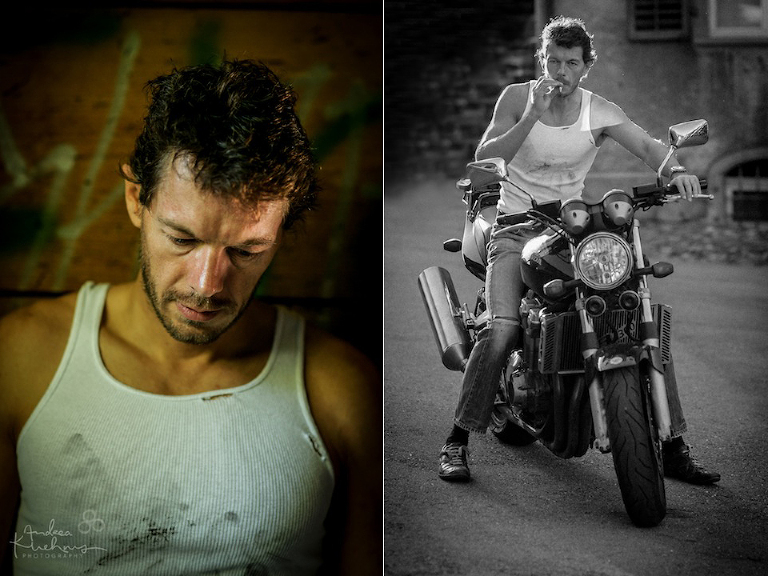